Amazon Web Services (AWS) is a cloud service from Amazon, which provides services in the form of building blocks, these building blocks can be used to create and deploy any type of application in the cloud. These services or building blocks are designed to work with each other, and result in applications which are sophisticated and highly scalable.

Each type of service in AWS, is categorized under a domain, the few domains which are widely used are:

Why AWS Security Assessment is different than VAPT Engagement?

The methodologies used to pentest traditional security infrastructure and the AWS Cloud differ in a multitude of ways. Most of these differences refer back to the ownership of the systems. Since Amazon owns the core infrastructure, the methodology used in traditional VAPT would violate the AWS acceptable use policies and potentially invoke incident response procedures by the AWS security team.

AWS permits security testing for User-Operated Services, which includes cloud offerings created and configured by the user. Here are a few examples:

Top 5 Vulnerabilities to Test for in AWS

WHAT STEPS SHOULD I TAKE BEFORE THE PENTEST?

Performing a pentest within the cloud requires adequate planning and expert knowledge. General steps and preparation that should be taken before the pentest begins include:

Amazon clouds support multiple services which can be used in a DevOps environment like:

Hence AWS provides a lot of security tools in native cloud format, however, those tools generally focus more on monitoring and reporting, thus, requiring us to deploy and use and our own tools to address other areas.

Integrating security in an AWS environment will take similar steps as required in an On-prem environment like integrating a code analyzer tool in SAST (static application security testing) or a dependency checker in the SCA (software composition analysis) however The configuration of various tools in AWS environment for execution will be different.

In an on-prem model tools can be downloaded at will and executed in a script or a docker container. However in cloud, as billing is generally on usage, download incurs extra charges and hence the strategy with using these tools in AWS would be to create a tools repository using an S3 bucket and referencing this S3 bucket in each build configuration file. Each stage will have its own build configuration file wherein the tools would be fetched from the internal S3 bucket and executed.

These tools will be needed to be updated regularly for which we can employ a Lambda function which would periodically check for new versions. If the tool is compatible with the AWS Lambda specifications, then converting the tool as a Lambda service would be an exceptionally great task and for vulnerability management. Refer to “Tools” section for suitable tools.

Here are the issues describing the complete AWS threat landscape

In AWS, access control is managed through the IAM Policies. A policy is an object in AWS that, when associated with an identity or resources, define their permissions. If an EC2 object needs to access an S3 bucket, specific permissions are needed. An oversight or granting of excessive privileges can lead to various scenarios where S3 buckets have public access leading to a possible leakage of sensitive information.

The diagram on the right shows a typical flow of network traffic and the different places where it can be tapped. Security Groups are like host-based firewalls for individual EC2 instances. Network Access Control Lists (NACL) can be configured for a group of EC2 instances. Route Tables are configured for routing traffic amongst different networks and finally we have VPC’s which are the final overarching network segmentation module connected to an Internet Gateway.

It is very much possible to have misconfiguration in such complex infrastructure. 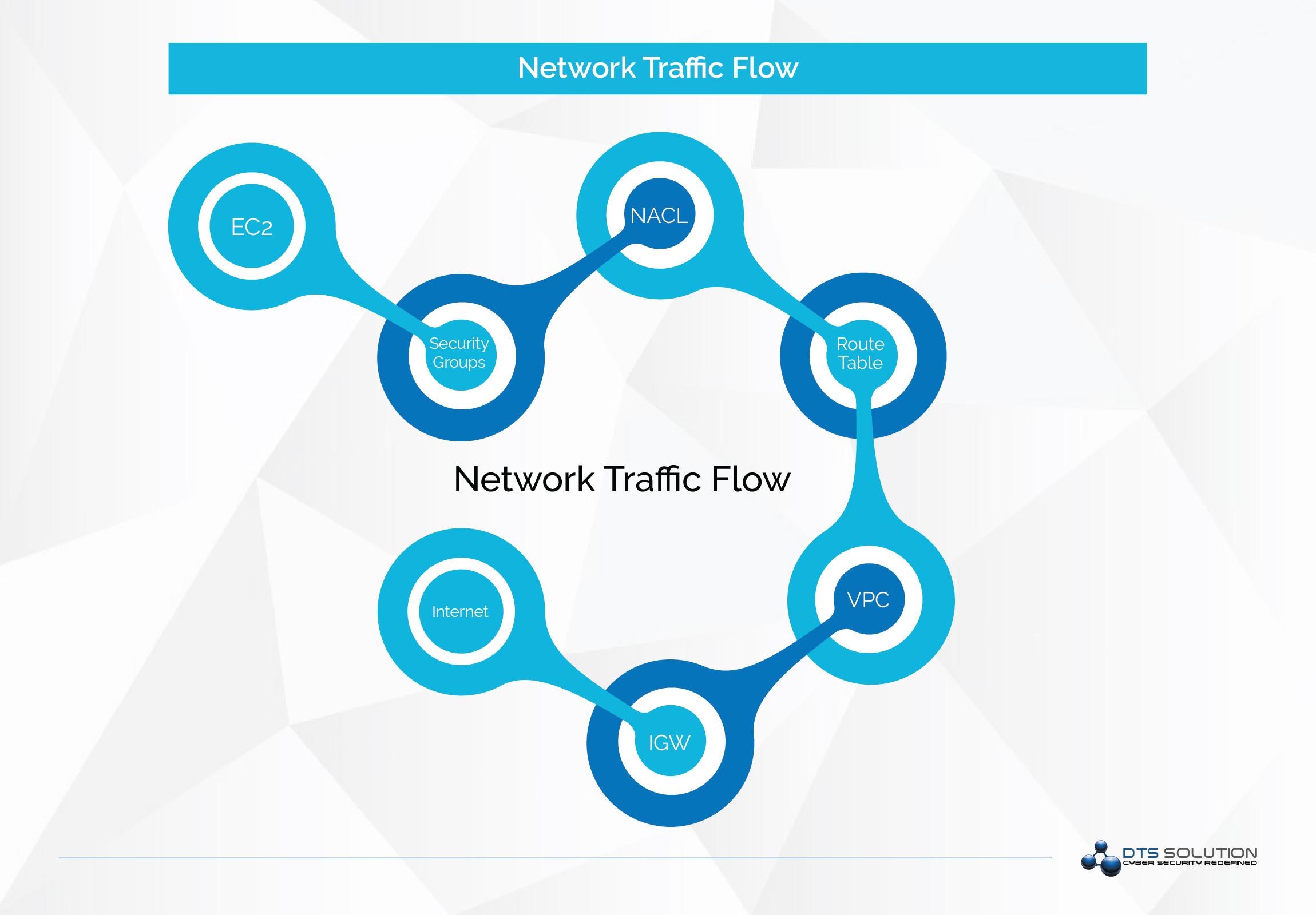 Below section focuses on various tools offered by AWS as well as some other open source tools that can be utilized.

AWS if an EC2 instance needs to access an S3 bucket, proper IAM roles needs to be configured. IAM roles are permissions between AWS services which are different than user permissions. Hence if a service needs programmatic access to AWS resources then it needs a set of AWS access keys which can be obtained from a metadata URL.

AWS IAM keys leakage can be prevented by employing pre-commit hooks like Talisman which detect for such information before developers can commit changes into a repo.

If your AWS keys are compromised the very first thing that attackers would do is setup EC2 instances and start BITCOIN mining.

The key point to understand here is that it is not just storage costs, but also “Per Request” costs that need to be considered.

One of the best practices while using AWS is to create billing alerts for your AWS accounts so as to protect yourself from being overcharged.

Tools to help you secure your AWS clouds environment

Keep in mind the following tools are not the industry de facto and are subject to constant change.